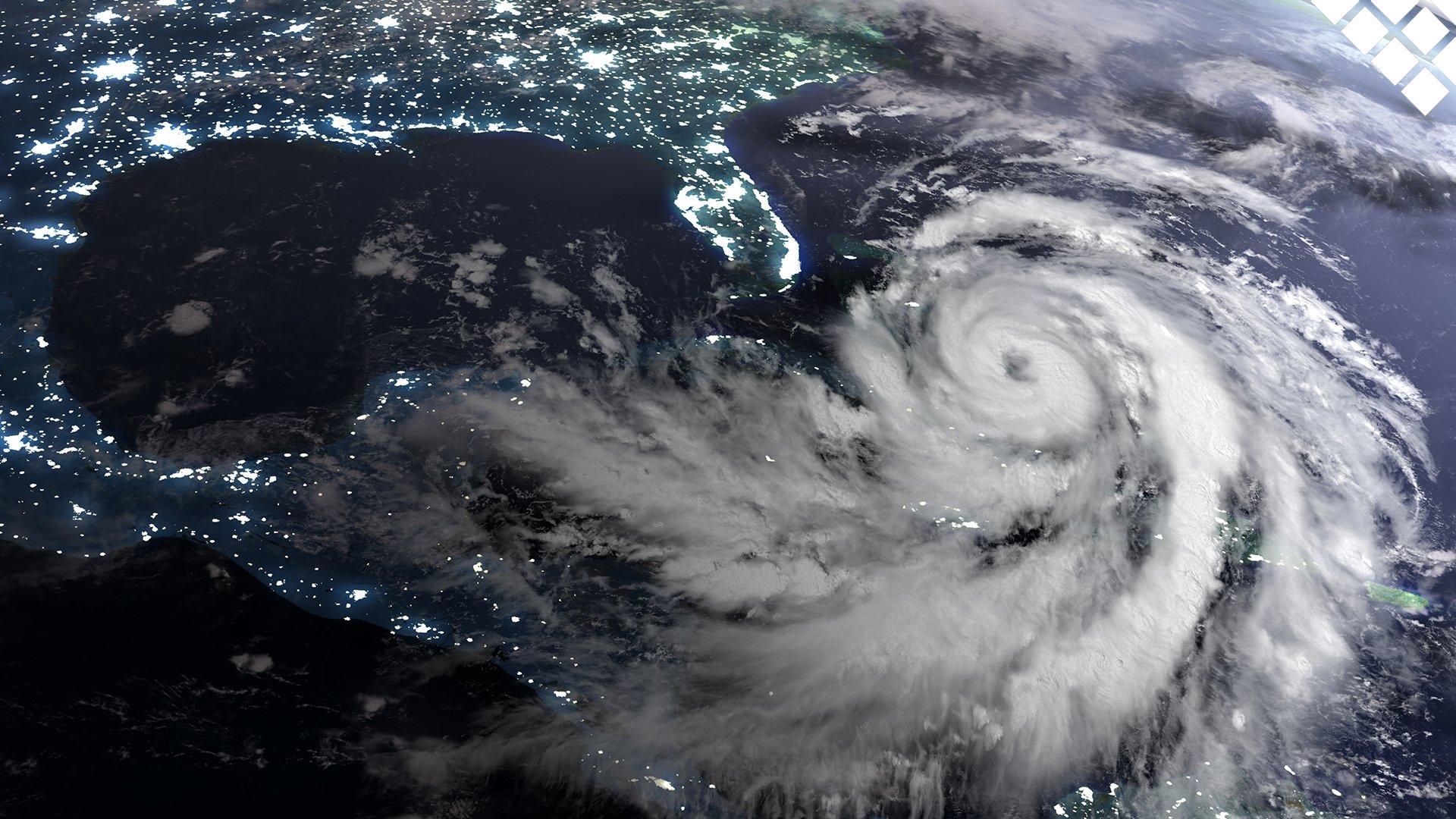 Concern about how solar panels fare during extreme weather could keep some potential customers from investing in a solar energy system. Especially now during hurricane season, many homeowners and businesses might balk at plunking down hard-earned money for anything that’s vulnerable to Mother Nature’s wrath.

But is this concern warranted or is much of it overblown? In this article, we’ll explain why you have a lot less to worry about than you think when it comes to solar panel durability during hurricane season.

Solar Panels In the Eye of the Storm

Second only to flooding, the majority of damage caused by a powerful hurricane is due to high winds blown in by the storm. And not only are hurricane-force winds stronger than the average gust, they also tend to blow in from multiple directions as the eye of the storm passes overhead.

This wind can wreak havoc in a number of unique ways. For example, solar panels installed on the roof of a property are secured slightly above the roof’s service. This could cause an issue known as “uplift,” which is a force caused by wind blowing between the roof and the panels.

The truth is, solar panels undergo rigorous testing against extreme weather conditions, including high winds, guarding against situations such as uplift. Panels, and entire solar energy systems, are designed and developed to withstand hurricane-force winds, as well as gusts associated with other severe weather events.

Solar systems can withstand uplift forces by fastening panels to the roof beams with large lag bolts. As long as the roof itself was properly built and maintained, there is little chance of solar panels tearing the roof off your house due to uplift or other wind forces.

Clean Energy Solar Panels Before and After Hurricanes

Clean Energy USA solar panels are built tough, tested to stay attached to your roof against category 2 hurricanes (96-110 mph winds), which is greater than what’s required of your home itself. In fact, when Hurricane Irene hit the East Coast in 2011, it was preceded in the First State by a tornado with winds that topped off at around 95 mph. Interestingly enough, Delaware has never been directly hit by a hurricane, only tropical storms. These tend to have sustained winds around 39 to 73 mph, far below what our solar panels are tested against.

What’s more, our panels are rated against one-inch balls of hail at 40 mph before any damage occurs. This is a far greater speed than what is typically observed, as hail falls between 25 and 40 mph during the most extreme storms.

While solar panels can stand up to hail and hurricanes, it doesn’t necessarily mean they’ll provide power after the storm. Rigorous industry testing and certifications make solar a reliable and renewable energy source that people across the country can count on during severe weather. If your solar panels are grid-connected and there’s a power outage, your panels will shut off even if they’re in perfect working condition. Importantly, batteries can help you continue to harness energy from the sun even if the grid is down. Batteries store energy and release it when drawn upon by your home, then they are recharged by the solar array.

*Batteries require additional hardware for certain appliances (i.e. a soft-start system for HVAC or refrigerators, well pumps, etc.). This is because the initial power needed to turn batteries on require a higher voltage than any battery can produce.

Testing and certifications by the solar industry have helped to develop standards for assessing solar energy system quality and durability; this includes their ability to undergo severe weather conditions in multiple climates. At the helm of this testing is the International Photovoltaic Quality Assurance Task Force (PVQAT), which is funded by the SunShot Initiative, led by the NREL and the Office of Energy Efficiency and Renewable Energy.

Keep Calm and Install Solar Panels On Your Roof

In today’s world or rising electricity prices, you shouldn’t let worries about hurricane-force winds stop you from enjoying reliable and sustainable solar power. Solar panels not only pass factory testing, but have consistently survived some of the worst storms the continental U.S. has seen over the last decade.