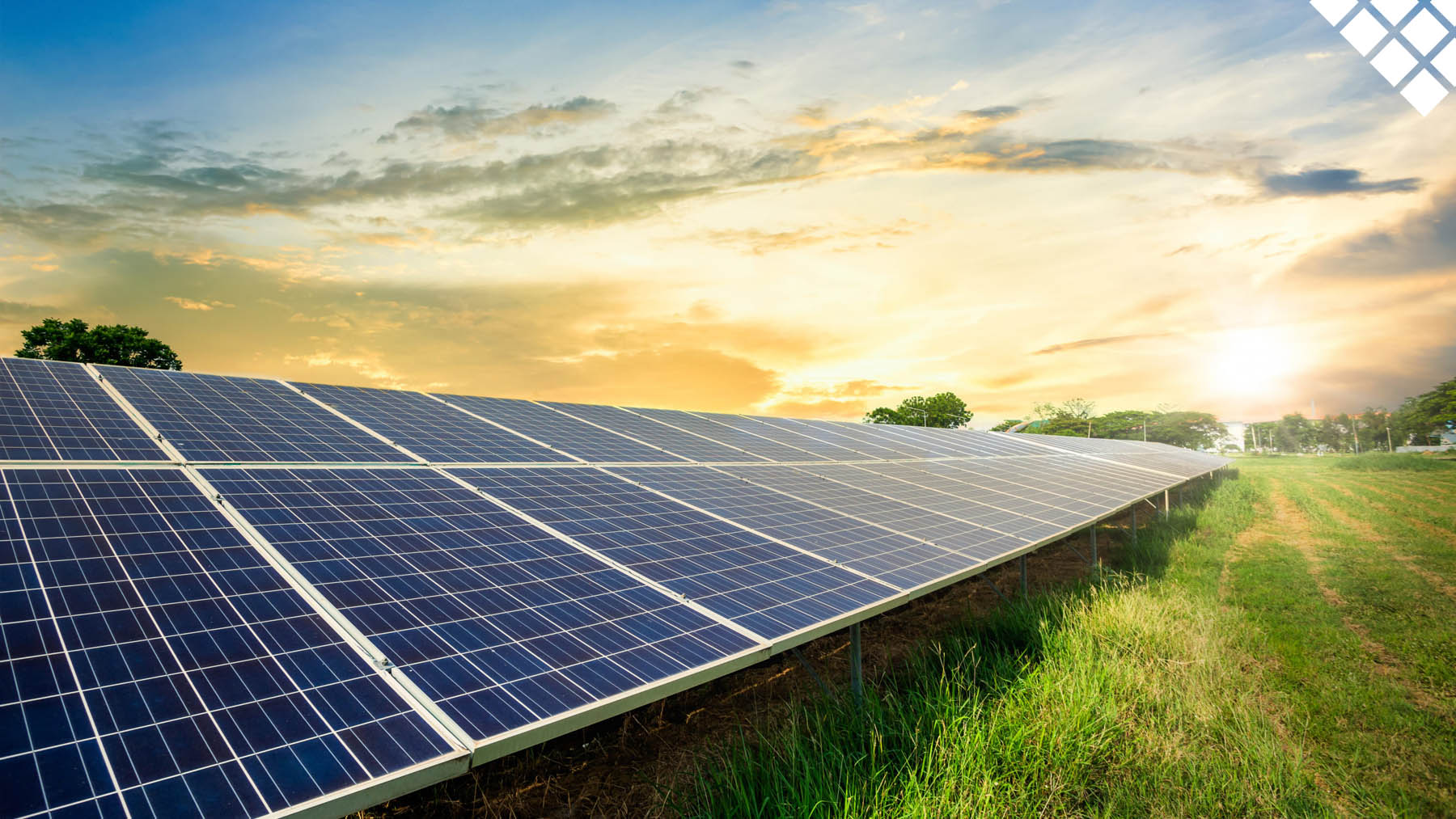 Before we shine a light on solar panels and how they work, there’s a couple of basic details about the sun that you should know: It’s really, really big and though it’s been around for a really, really long time, it’s only middle aged for a sun. OK, let’s expand on that just a bit.

First, the sun is 4.5 billion years old. During its existence, the sun has burned off about half of its hydrogen stores, meaning it can continue burning in the sky for at least another 5 billion years. Secondly, the sun accounts for 99.86 percent of the mass in our solar system. For a size comparison, it’s around 330,000-times the mass of Earth, and if you were so inclined, you could fit more than 1 million Earths inside of the sun. Like we said, the sun is really big and really old.

But what does the sun’s size and age have to do with solar energy and how solar panels work? Let’s get to that now.

The size of the sun and the amount of time it has left in its life makes it the most abundant source of energy available to us on Earth. Every single day, the sun bathes our planet in the glow of 173,000 terawatts (trillions of watts) of energy at any given moment, even on cloudy days. That’s more than 10,000-times the planet’s total energy use—and it’s completely renewable for the billions of years left in our sun’s lifespan.

By capturing that unimaginable amount of energy and turning it into electricity for your home or business, solar panels are a key solution in augmenting our reliance on more traditional energy solutions while also helping you save hundreds of dollars a month in energy bills.

What Is Solar Energy?

With all that energy churning and burning inside of it, our sun is a natural nuclear reactor. During its natural processes, the sun releases tiny bursts of energy called photons, which travel 93 million miles from the sun to our planet in about 8 minutes. Every hour, the amount of photons that impact the Earth generate enough solar energy to theoretically satisfy global energy needs for an entire year.

Solar photovoltaics, or "PV” for short, turn those photons (or sunshine) directly into voltage (electricity) through a scientific phenomenon called the photovoltaic effect. For the technical science behind this process, check out this article from NASA.

In short, photovoltaics is the direct conversion of light into electricity at the atomic level.

How Do Solar Panels Work?

The basic unit of a solar panel is a solar cell, made out of silicon wafers similar to those used in computer chips. These cells are assembled into solar modules, which in turn are connected together in rectangular solar panels. When the sun shines onto a solar panel, energy from the sunlight is absorbed by the PV cells in the solar panel.

This energy creates electrical charges that move in response to an internal electrical field in the cell, causing electricity to flow. Small PV cells can power calculators, watches, and other small electronic devices. Meanwhile, arrangements of many solar cells in PV panels and arrangements of multiple PV panels in PV arrays can produce electricity for an entire house. Some PV power plants have large arrays that cover many acres to produce electricity for thousands of homes.

Solar Power Is More Advanced, Affordable & Accessible Than Ever Before

Years ago, there might have been one house in the general area that boasted an array of solar panels on its roof. And, most likely, that neighborhood anomaly just so happened to be the biggest house on the block. Solar panels were always associated with the wealthiest homes in the wealthiest neighborhoods—but times, and technologies, have changed.

A recent article on Bloomberg demonstrates that “bigger factories, the use of automation and more efficient production methods have delivered economies of scale, lower labor costs and less material waste for the solar sector. The average cost of a solar panel dropped by 90% from 2010 to 2020.”

With solar technology continuing to advance at the speed of light, the time is right for homeowners and businesses to harness the power of the sun in search for a lower—or nonexistent—electricity bill.

To Learn More About How You Can Save With Solar!