Is Solar Right For Your Business?

For owners of commercial properties in Delaware, transitioning to solar power has become more attractive than ever. Not only is the cost of solar on the decline, but federal, state and local governments are incentivizing business owners to reduce their electric costs by becoming more energy efficient.

Of course, any major decision demands careful consideration, as you want to do what’s best for your employees, customers, the community, and your bottom line.

As the top solar power company in Delaware, we work with owners of commercial properties to ensure solar installation is feasible, that you realize the full breadth of financial incentives, and that transitioning is seamless and makes sense from a business perspective.

As the top solar power company in Delaware, we work with owners of commercial properties to ensure solar installation is feasible, that you realize the full breadth of financial incentives, and that transitioning is seamless and makes sense from a business perspective. 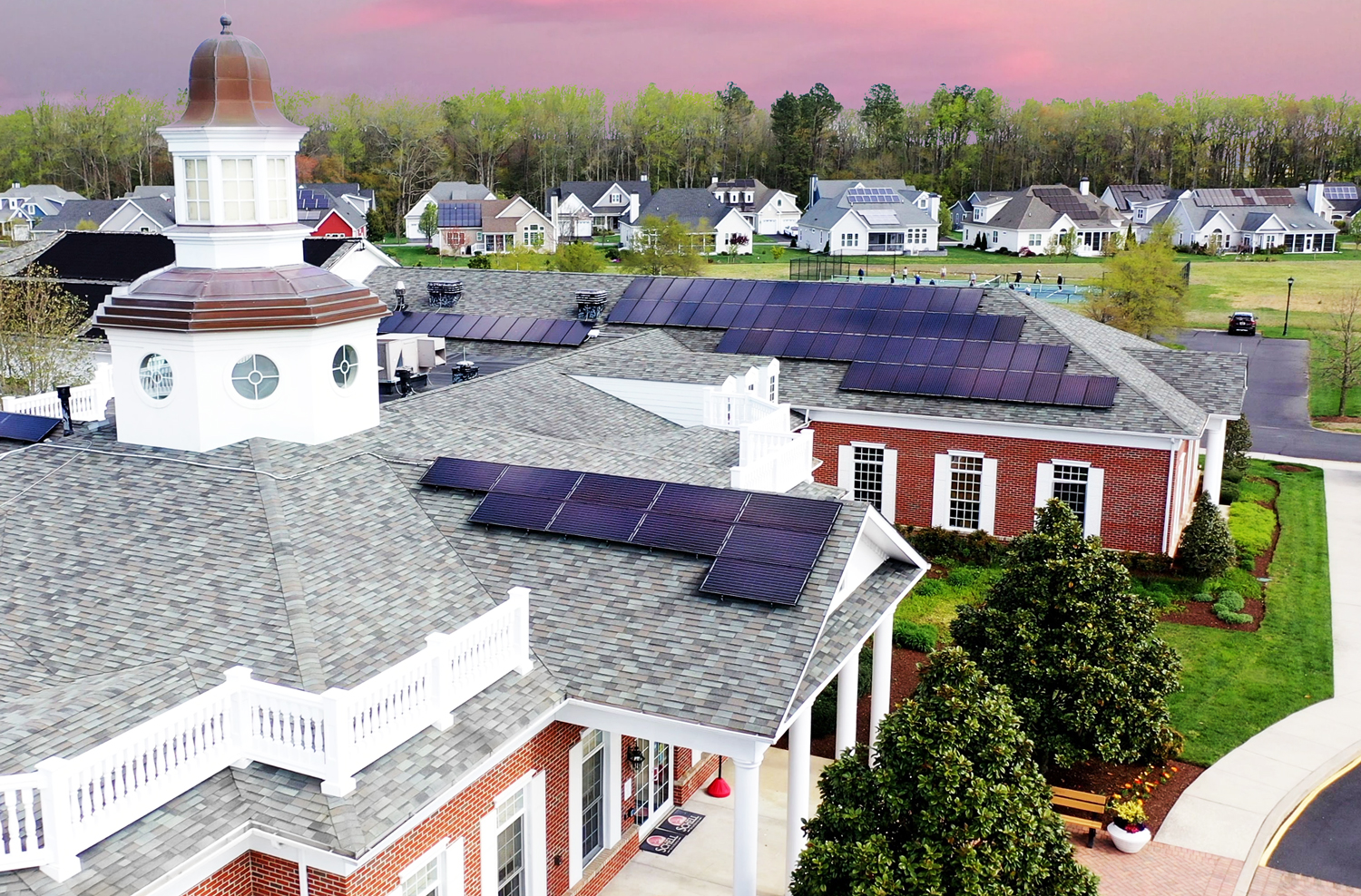 While solar is a common sight on the roofs of residential properties, businesses are increasingly transitioning away from traditional energy use to power their warehouses, offices, and other properties.

Major U.S. corporations, including Apple, Amazon, Walmart, Target, and Google are investing in solar and renewable energy at an incredible rate and “corporate solar adoption has expanded rapidly over the past several years, with two-thirds of all capacity installed since 2015,” according to the 2019 “Solar Means Business Report” published by the U.S. solar industry’s Solar Energy Industries Association (SEIA).

“The surge in on-site commercial solar continued in 2019,” THE REPORT ADDS, “with a record 844 MW installed, while 441 MW of off-site projects were completed.”

Among the reasons for this movement toward solar is affordability. Solar is now considered one of the cheapest sources of electricity in the world, with U.S. residents—who dread opening their electric bill every month—benefiting most from the move to renewable energy.

Along with reduced prices, incentives offered by federal, state, and local governments also play a huge role in encouraging people to harness the power of the sun.

In Delaware, those savings can significantly reduce the costs of installing solar. The state’s generous net metering policy also enables businesses and commercial property owners that generate an overabundance of power to return it to the grid, for bill credits.

We’ve seen a dramatic shift in commercial solar adoption in the last 10 years alone, even among big-name firms—including some that call Delaware home.  According to one analysis: “There is 15 times more solar capacity installed by American businesses today than there was a decade ago.”

With solar prices falling and governments offering generous incentives, switching to solar has never been easier or more financially attractive. Let’s examine some of the questions you’re likely to consider before moving to sun-generated power.

It’s important to put electric costs in perspective. The average commercial electricity bill in Delaware is $702, which is higher than the national average, and commercial energy rates in the state rank 18th in the nation.

Whether switching to solar makes sense for your business is ultimately your decision. You’ll want to factor in power usage, monthly electricity costs, the condition of your current roof, and sun exposure. If you consider solar a viable option, you can then start thinking about ways to divert savings back into your business.

The good news is you won’t be alone in the process. A trusted solar installer will examine your existing structure and make recommendations that are best for your situation, while also educating you on government incentives. Delaware offers up to $26,000 to pay for installation that can be combined with other programs to dramatically offset the cost of solar.

Additional savings can be had when factoring in Delaware’s aforementioned net metering policy, which essentially turns you into a seller of excess energy from the sun.

Find out how much you can save by switching to solar

A key component of installing solar panels on any commercial property is the state of your roof. Traditional asphalt shingles have a lifespan of up to 30 years, while more durable rubber or metal roofs can hold up much longer. If your property’s roof hasn’t been replaced for a few decades, then you’ll want to consider doing so before installing panels. The good news is that the savings from switching to solar could offset those costs. If your roof is relatively new, then this is one less thing you have to consider. You’ll also want to take into account its pitch, or angle. A roof that has a distinct slant may not produce a desired amount of energy. Before committing to a roof overhaul or climbing to your building’s highest peak to measure angles, however, consult with a solar expert who can advise you on how best to move forward.

Since you’re hoping to generate power from the sun, decent exposure is vital. While there are tools that estimate sun exposure based on your address or zip code, if you’ve been in a particular location long enough you’re probably well aware of how often your building gets showered in sunlight. Of course, advances in solar technology mean that panels can convert both direct and indirect sunshine into power. For a more precise answer, reach out to an expert installer who can tell you whether your business is solar viable.

When the sun is shining, traditional roofs absorb its energy, and consequently, the temperatures inside rise. In the summer months, that means you’re likely pumping the HVAC system to keep your workers and customers cool. Research has shown that solar helps reduce the overall temperature of a building, meaning improved energy efficiency and less of a beating to your roof, potentially increasing its lifespan.

At the end of the day, business owners are always concerned with a return on investment. You want to be at peace knowing that electricity savings are legitimate and can be used to support other aspects of your company.

The important thing to know is that the cost of installing solar has fallen in recent years, and federal, state and local incentives have made transitioning more appealing. Modern panels can last longer than 30 years, which ensures you’ll be saving on energy costs for decades down the road.

Clean Energy USA is Delaware’s leading solar expert, saving our customers millions of dollars to date through the use of solar electric systems throughout The First State.

To learn more about how you can

SLASH YOUR ENERGY BILL WITH SOLAR.

GET THE DETAILS TODAY.